Jack Vance - The Book of Dreams 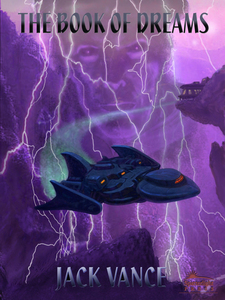 Kirth Gersen's vengeance against the five Demon Princes is nearly complete. Only one is left- the mercurial Howard Alan Treesong. Gersen learns of a lost book written by Treesong in his youth; a treasured Book of Dreams. In Gersen's hands, the book may be the key to Treesong's undoing...