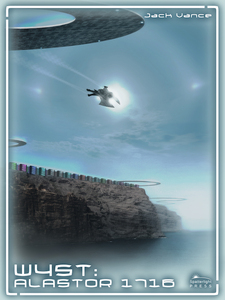 The Alastor Cluster is made up of three thousand inhabited planets whose sole protector of law is the mysterious Connatic. On Wyst, world 1716 of the Cluster, can be found a Utopia - or so it seems; in one great city live millions of people, sharing alike, working in absolute equality for just a few hours a week. But there is something decidedly strange about it all...