Jack Vance - The Languages of Pao 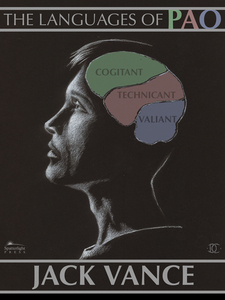 The planet Pao has a stagnant culture. Scientists of the neighboring world Breakness launch a ruthless experiment, jarring Pao into new vitality by installing three class-languages; one for a warrior class, one for technicians, and one for merchants. But their formula contains weaknesses of their own degenerate culture. Beran Panasper- heir to the throne of Pao- has been spirited away to Breakness to be trained as a tool for later subjugation of Pao. But he still has a mind of his own, and his Paonian characteristics will blend with Breakness science in an unexpected way!