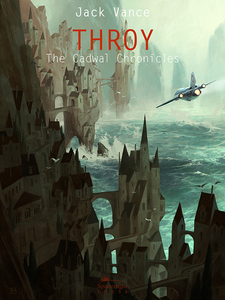 The Conservancy of Cadwal has a new Charter- thanks to the courage of Glawen Clattuc and his beloved Wayness Tamm. But this has not brought peace to the people of Cadwal- instead, it has polarized them. Led by exiles, anti-Conservancy forces continue work to open Cadwal to commercial exploitation, while a new extremist faction seeks to restore Cadwal to entirely natural condition. In the middle are the governors of the planet, and their police force. Newly-promoted Commander Glawen Clattuc is charged with apprehending the conspirators wherever they might flee, but he also has a personal agenda. After twenty years, he will solve the mystery of his mother's death.