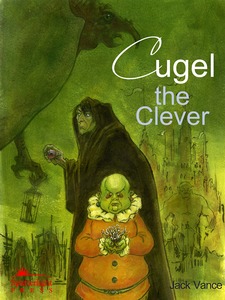 Iucounu the Laughing Magician dispatches unwilling Cugel on a difficult quest, to deliver a violet glass cusp worn in the overworld by warring demons of the eighteenth aeon. Cugel's trials and adventures are diverse as he makes his way from Shanglestone Strand back to Almery, and his revenge upon Iucounu.