Jack Vance - The Palace of Love 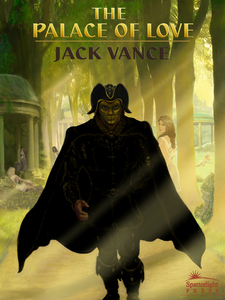 Kirth Gersen sets his sights upon the mysterious Viole Falushe. After several false leads, Gersen backtracks the villain to his point of origin - Earth! Then the trail moves outward again, to the starworlds and a place back of beyond where there is actually a Palace of Love.